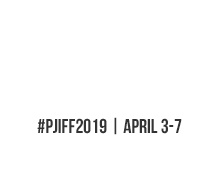 Last year I stepped into the role of Director of the 2018 Poppy Jasper International Film Festival (PJIFF). The festival’s original organizers left big shoes to fill, but I was eager to take on the role for a number of reasons.

As a filmmaker it gives me the opportunity to help up-and-coming independent filmmakers screen their work and connect with their audience.

As a long-time advocate for arts and culture, I know the value that a film festival can bring to a region. Just look at Napa, Sundance, Tribeca. Poppy Jasper’s birthplace is Morgan Hill and this year we’re expanding it to include our neighbor city, Gilroy. We’re revitalizing the festival at the same time that our cities are revitalizing their downtowns.

At the same time, advances in film technology and the rise of non-traditional distribution channels like Netflix have opened the door for more independent filmmakers to compete on a higher level, all the way to the Academy Awards. We’ve been able to invite filmmakers from around the world to submit their work via online platforms like Withoutabox, Film Freeway and Film Festival Life.

We have a vibrant arts scene for a region of our size. Having served as a festival volunteer, I see the potential of the Poppy Jasper International Film Festival to grow and become part of a regional hub for independent filmmakers and innovative film production.

It takes a team of individuals to make a great film, and it takes a village to put on a great film festival. The Poppy Jasper International Film Festival is a South County treasure that deserves our support.

We can make our voices heard so powerfully through film, and festivals like PJIFF that bring us all together to share our stories. If you’re a filmmaker or a film fan, I hope you’ll join me at PJIFF, April 5-8 2018, in Morgan Hill and Gilroy.